Hình ảnh Deal or No Deal 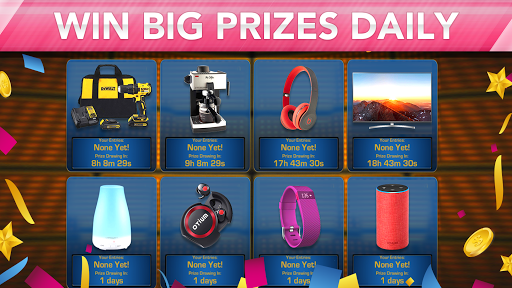 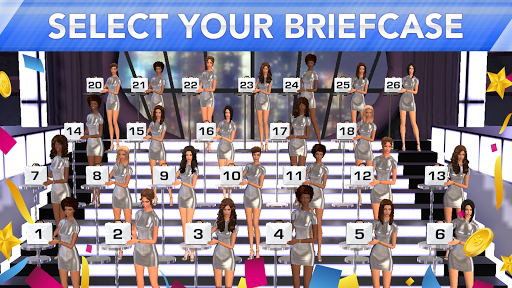 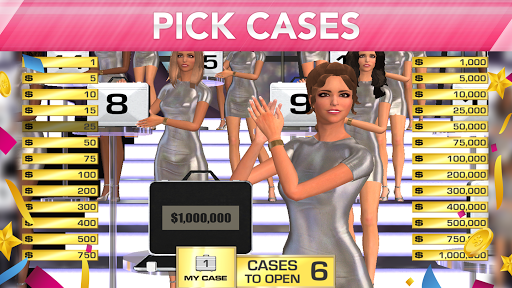 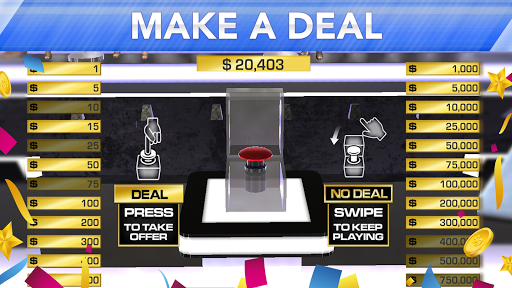 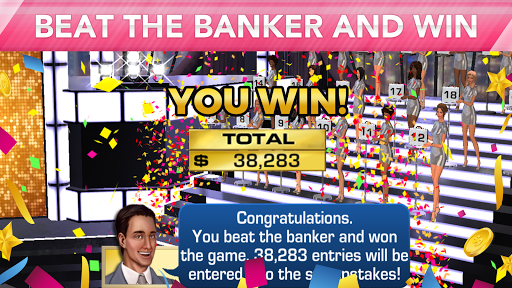 Giới thiệu Deal or No Deal

Try your luck in finding the $1,000,000 briefcase in the only officially licensed app based on the hit TV game show! The app now awards players with the opportunity to win BIG PRIZES daily. If you beat the Banker, your winnings will be entered into the sweepstakes of your choice which includes prizes like a TV or an iPad.

Do you have what it takes to make the right deal or will you be left with nothing? Test your skills now. One question: Deal or No Deal?

*****by Grams8
“Game is just like the TV game. Makes me just as nervous playing this game as it did when I watched it on tv. Love it!”

*****by Pink0413
“I think this game is by far the best game I have ever played on a phone.”
BIGGEST UPDATE EVER to celebrate the new season of Deal or No Deal on TV!
Spectacular new graphics!
Amazing new way to earn real BIG PRIZES as you play and win.

Tải Deal or No Deal